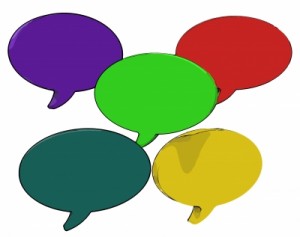 As you may know, I’m rather partial to words.

I enjoy reading them, writing them, playing with them, learning about their origin and discovering new ones.

So, seeing as I’ve already written a blog post with my favourite quotes about writing, it seems only right to also do one on quotations about words – both of the spoken and written variety.

Quotes about words seem to fall into several groupings:

The power of words

“Words are, of course, the most powerful drug used by mankind.” ~ Rudyard Kipling

“No matter what people tell you, words and ideas can change the world.” ~ Robin Williams

There’s no going back

“We are masters of the unsaid words, but slaves of those we let slip out.” ~ Winston Churchill

“Be sure to taste your words before you spit them out.” ~ anon

“Four things you can’t recover: the stone after the throw, the word after it’s said, the occasion after it’s missed, the time after it’s gone.” ~ Deanna Wadsworth

“Any word you have to hunt for in a thesaurus is the wrong word. There are no exceptions to this rule.” ~ Stephen King

“Don’t use words too big for the subject. Don’t say “infinitely” when you mean “very”; otherwise you’ll have no word left when you want to talk about something really infinite.” ~ C.S. Lewis

“The words of the tongue should have three gatekeepers: Is it true? Is it kind? Is it necessary?” ~ Arabian proverb

“If you wouldn’t write it and sign it, don’t say it.” ~ Earl Wilson

“The right word may be effective, but no word was ever as effective as a rightly timed pause.” ~ Mark Twain

“When words are scarce they are seldom spent in vain.” ~ William Shakespeare

These only represent the tip of the iceberg as there are lots more well-known quotes about words. Any you would care to add?