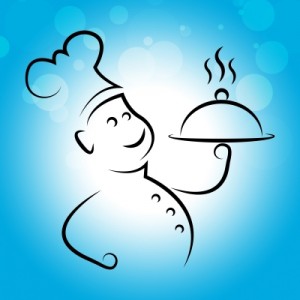 Like many others, I was recently glued to my TV wondering who was going to be crowned MasterChef 2015. As well as making me feel hungry, watching the contestants create culinary masterpieces got me thinking about common idioms and other phrases in English that are linked to cooking.

There are actually a lot more than I originally thought, so here’s a selection for your delectation…

Idioms about cooking to tickle your taste buds

Cooking on gas = making good progress and likely to succeed (gas being faster, easier and cleaner to cook with than a wood stove)

Cut and dried = a situation, issue or idea that’s completely settled or decided (the distinction was originally made between the ‘cut and dried’ herbs from herbalists’ shops and living herbs)

Flash in the pan = something which disappoints by failing to deliver anything of value, despite a showy beginning

Half-baked ideas = ideas that haven’t been thought through properly

On a knife-edge = in a tense situation, especially one that’s finely balanced between success and failure

To cook the books = falsify a company’s financial accounts

To cook someone’s goose = ruin someone’s plans or cause someone’s downfall (a goose used to be cherished and fattened up for a special occasion, so cooking and eating it prematurely would spoil the planned feast) 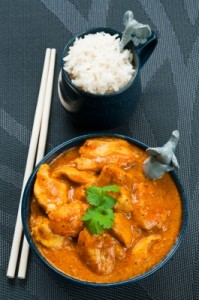 To curry favour = attempt to ingratiate oneself with someone through flattery

To grill someone = question someone without letting up

To simmer down = become calm (opposite of Boil over)

To stew or be in a stew = be mentally agitated

Pay heed to these proverbs

As well as numerous idioms about cooking, there are also a few proverbs. Proverbs are short, pithy sayings that express a traditionally held truth. Usually metaphorical, they often offer advice.

If you can‘t stand the heat, get out of the kitchen = if you can’t cope, leave the work to someone who can

Too many cooks spoil the broth = if too many people are involved in a task or activity, it may actually turn out worse

If this collection of idioms about cooking has whet your appetite for more, check out my other posts in the series. Meanwhile I’d love to know if I’ve missed out your favourite cooking idiom.