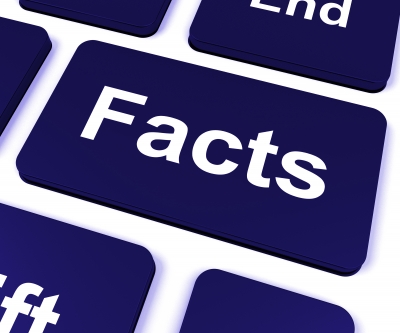 Since writing my previous blog post containing 20 titbits of word trivia I’ve been on the hunt for more weird and wonderful word facts to share with you.

All of these facts are about words in the English language, so I’ve deliberately not repeated that each time.

1. Alphabet comes from the first two letters of the Greek alphabet: alpha + beta.

3. Daisy is a contraction of “day’s eye”, because the flower opens in the morning and closes at night.

4. Deeded is the only word that is made using only two different letters, each used three times.

5. Dord is an example of a ‘ghost word’ – non-existent words that appeared in the dictionary because of printing errors.

6. Euouae (a type of cadence in medieval music) is the longest all-vowels word.

7. Feedback is the shortest word that contains the letters ABCDEF.

10. Misspelled/misspelt is – ironically – one of the most commonly misspelled words.

11. Poecilonym is a synonym for the word synonym.

12. Pronunciation is one of the most often mispronounced words.

13. Rhythms is the longest word without any of the five regular vowels (although the ‘y’ functions as a vowel).

15. Strengths is the longest word containing just one vowel.

17. Subcontinental is the only word that uses each vowel only once and in reverse alphabetical order.

19. Underground is the only word that begins and ends with the letters “und”.

20. ‘X’ was first used to represent a kiss in a 1763 letter from Naturalist Gilbert White (according to OED research).

21. Shift each letter of the word yes back ten places in the alphabet and it will spell oui – the French for ‘yes’.

Which of these interesting word facts do you like best? Any that were new to you? Or any other facts you’d care to add? Do share in the comments below.