28 common Latin phrases you really ought to know 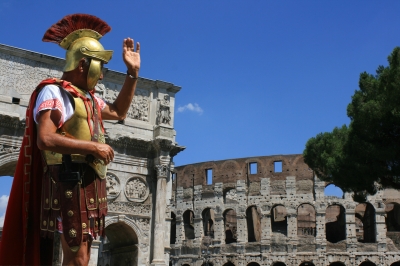 Numerous Latin phrases and abbreviations have endured the test of time to still feature in English today, especially in the field of business and law.

Yet many of them are incorrectly used, largely because people don’t always understand their specific purpose and meaning.

So, to make sure you get top marks next time you drop one of these Latin phrases into your writing or conversation, here’s a quick recap of what they mean (along with their direct translations).

ad hoc (‘to this’) = formed, arranged or done for a specific, immediate purpose

alter ego (‘another I’) = another (secret) identity

ergo = therefore (best known from the phrase “Cogito, ergo sum” meaning “I think, therefore I am”)

in situ (‘in position’) = in the original or appropriate position

per se (‘through itself’) = by, in or of itself; intrinsically

pro bono (‘for the good’) = work undertaken without compensation

pro forma (‘for the sake of form’) = as a matter of form or politeness; a standard document or form

pro rata (‘for the rate’) = in proportion

re (‘by the thing’) = referring to; regarding

sic (‘thus’) = just so; used to indicate that a preceding quotation is copied exactly, including any spelling, grammatical or factual mistakes

status quo (‘the state in which’) = the existing state of affairs

vice versa (‘with position turned’) = the other way around

vox populi = voice of the people

Have you any favourite Latin phrases that you’re particularly fond of? Or did you learn any new ones here? Please do let me know in the comments.