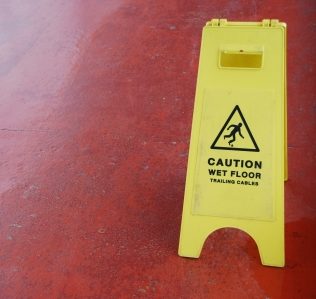 Every now and then I undertake a large proofreading job, such as a manual or an annual report. The most recent was a meaty 90,000-word operations manual.

What I’ve noticed is that the same writing mistakes crop up time and time again with these kinds of jobs.

In fact, I reckon that about 80% of the mark-ups in this latest document fell into one of five categories.

1. Inconsistent use of initial capital letters

One of my many pet peeves is the random or inconsistent use of capital letters. Unlike German, which capitalises all its nouns, English only capitalises ‘proper’ nouns (i.e. specific names for people, places or things) not common nouns (i.e. generic names).

It’s not uncommon for companies or organisations to want to draw attention to the name of a particular product or service by giving it an initial capital letter. This tends to be a stylistic choice, which I acquiesce to when proofreading or copy-editing – provided it’s used consistently throughout the document.

But, on most other occasions, the only excuse for it is sloppy writing. The main culprit I had recently was the word “chlorine”, which sometimes was written with “c” but other times with “C”. (Of course, we’re talking mid sentence here, as clearly it should be capitalised at the start of a sentence.) The same was true for various other chemicals – all of which I had to highlight on the PDF for the designer to amend.

Most, but not all, companies will have a style guide that clarifies how they address certain editorial issues. One of these should be how they want numbers to be written.

This is largely a matter of preference, but the most common practice is to spell out numbers up to nine (or ten), then switch to numerals from 10 (or 11) upward.

Yet despite the latter being my client’s stated preference, there were still plenty of occurrences of 1 / 2 / 3 etc. or higher numbers like seventy-five written in full.

3. Inconsistent spacing with units of measurement

Following on from the previous point, the ‘norm’ is to use numerals if the number modifies a unit of measurement, time or proportion (e.g. 7 minutes, 5 kilograms, 25 mph).

When the measurement is abbreviated, the spacing needs attention too. Most style guides recommend using a space before abbreviated units, e.g. 75 kg, but not before symbols for degrees or percentages.

What I found though was a mixture of 10g / 10 g, 5 mg/l and 5mg/l and so on. Because the majority of the instances had them squished together without a space, I chose to mark the remainder up to match.

4. Inconsistent/incorrect use of hyphens for compound modifiers

A compound modifier (or compound adjective) is two or more words joined together to modify a noun, e.g. J.K. Rowling is a best-selling author. In this example, the two words best and selling act collectively like one adjective.

One of the most common hyphen mistakes is the lack of a hyphen for compound modifiers. How often do you see “an award winning company” written on websites or marketing material?

But all too often people get carried away with hyphens and add them to compound adjectives when they’re NOT needed. The basic rule is to only hyphenate them if they appear before the noun.

✔ An up-to-date operating manual is important.

✔ It’s important to keep your operating manual up to date.

Another misuse of hyphens in compound modifiers is when the first word in the pair is an adverb ending in –ly. As explained by Merriam Webster, the use of a hyphen here is redundant.

✔ XYZ is a locally based business.

✖ XYZ is a locally-based business.

This last ‘rule’ catches a lot of people out, even professional or experienced writers!

5. Inconsistent/lack of commas to separate clauses

If a conditional clause precedes the main clause, remember to use a comma between the two clauses. (See what I did there?)

This particular document had a lot of sentences starting with words like if, when or where. Sometimes they were separated by a comma; often they were not. This can lead to ambiguity. And the need to draw breath while reading.

Still unsure about any of the above writing mistakes? Choose a spelling or formatting convention and stick with it throughout your piece of text – whether that’s a manual, a website or an article.

The ‘average’ reader probably won’t notice (or care) if you decide to write [Product Name] with initial capitals or if you don’t add a space before units of measurement. However, they most likely WILL notice if you jump around between two versions, especially on the same page or, worse, within the same paragraph.

Correct spelling, grammar and punctuation are, of course, ideal at all times. The next best thing is to be consistent.

And if you’d ever like an objective pair of eyes to give your words a thorough going-over, you know where I am!

(image courtesy of artur84 via Freedigitalphotos.net)