How to decide whether to use ‘a’ or ‘an’ 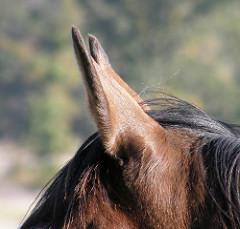 A recent query from a client reminded me of a topic I’ve been meaning to blog about for a while: when to use a or an.

Most of us will remember learning a simple rule at school. If the word following the indefinite article begins with a consonant, then use a; if it begins with a vowel, use an.

But it’s not quite that simple…

Why then do we say a unicorn, a one-bedroom flat or an X-ray?

The golden rule is to go by the sound not the spelling. So if it’s a spoken vowel sound, use an – regardless of whether it’s actually a consonant. And vice versa.

The u in unicorn sounds like you, so it should be preceded by a. Same with university, union or utility.

One is pronounced as won.

X-ray, on the other hand, starts with ‘ex’, so it takes an like an exercise.

What about with abbreviations?

These often catch people out, but the same principle applies. This is why we have:

A CEO but an SEO copywriter (the latter is pronounced ‘ess’)

A BA degree but an MBA (the latter is pronounced ‘em’)

Even though acronyms are pronounced as a word, rather than a series of individual letters, you still treat them the same.

So we’d say a NATO initiative and a UNICEF appeal.

We say a horse, a house and a hair, but it’s quite common to see an historic event, an hotel or an horrific accident.

According to Oxford Dictionaries, this goes back to the 18th and 19th centuries, when they were often pronounced without the initial h. These days the h is generally pronounced, so most grammarians agree that they should take a.

However, an hour, an heir and an honour are correct, because the h is silent (or unaspirated, if you want to get technical).

With an abbreviation like HGV lorry, the h is pronounced ‘aitch’, so it should be an HGV lorry.

Top tip for choosing a or an

As Grammar Girl reminds us,

Just remember it is the sound that governs whether you use a or an, not the actual first letter of the word.

If you’re in any doubt about which one to choose, try saying the phrase out loud. Or even in your head. If you use the wrong one, you’ll find it sounds clunky and awkward.

Do let me know if you have any other grammar matters that you’d like clearing up and I’ll add them to my list of future blog topics.