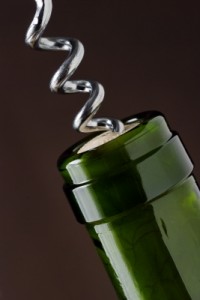 As anyone who knows me will verify, I’m rather partial to the occasional glass of dry white wine – preferably a zesty Sauvignon Blanc from Down Under.

As I’m also a word nerd, a glossary of wine terms seemed to be an obvious topic for a blog post! But, rather than just regurgitate all the common lingo, I thought I’d delve a little deeper by hunting down some of the more unusual wine terms.

So, pour yourself a glass of vino – or grab a mug of tea/coffee if it’s not yet wine o’clock – and dive in!

Goon = Australian term for inexpensive wine in a box or cask

Mousse = the sparkling effervescence of a wine

Nose = the aroma or bouquet of a wine

Oenophile = a wine aficionado or connoisseur

Punt = the indentation found in the base of a wine bottle (the better quality the wine, the deeper the punt)

Raisin = French word for a grape

Vinous = term used to denote anything relating to wine

Xylem = the woody tissue of a vine

Zymology = the science of fermentation in wine

Hopefully this collection of wine terms has not only whet your palette but also enlightened you along the way. I certainly expanded my wine-related vocabulary in the process of writing this post – my favourites being “ABC”, “drip dickey” and “unctuous”!

Which ones were new to you? Any others you’d care to add?

(image courtesy of Paul at Freedigitalphotos.net)