An ABC guide to everyday acronyms 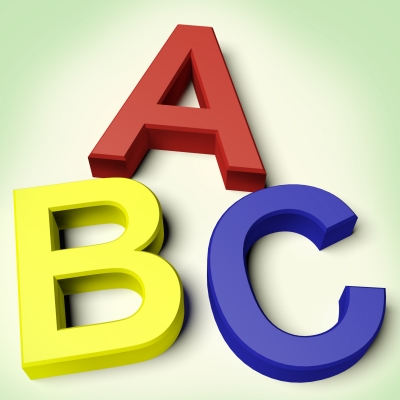 The English language is positively brimming with acronyms, such as ASAP, B2B, FAQ and TLC.

And OMG, don’t even get me started on text speak, like BRB, LOL, ROFL et al!

But did you know that what many people refer to as acronyms are, in fact, abbreviations or initialisms?

Abbreviations are a shortened version of words that could otherwise be written out in full. Examples include:

Abbreviations are usually pronounced the same as the full version, but there are some exceptions such as p for pence, which is pronounced as ‘pee’.

Punctuation-wise, in BrE it’s normal not to follow Dr or Mr with a full stop, whereas in AmE it’s preferred.

An acronym is a word formed from the initial letters of the main words in a phrase. It can be pronounced as a word in its own right, but with the same meaning as the original phrase. Examples include:

Laser = Light Amplification by the Stimulated Emission of Radiation

Like acronyms, an initialism is constructed from the initial letters of the principal words in a phrase. But the difference is that it’s pronounced as a series of letters, rather than as a word. Examples include:

Where the lines blur

Just to confuse matters, some words fit more than one definition. For example, JPEG is a combined acronym and initialism as it’s pronounced ‘J-PEG’ (a letter followed by a word).

FAQ (Frequently Asked Question) can be pronounced either as a series of letters ‘F-A-Q’ – making it an initialism – or as a word, rendering it an acronym.

But for the purpose of this post we’ll call them all acronyms – even if they’re not!

Although we take them for granted these days, acronyms – and the word itself – haven’t actually been around for that long.

All is explained in this rather enlightening article in The Week, which also debunks some popular myths surrounding acronyms such as golf, P.O.S.H. and f**k. It’s well worth a read.

Correct use of acronyms in writing

In our bid to write concisely we often use acronyms to save a few words. Sometimes it’s simply because we lapse into company jargon. Whatever the reason, it can be at the risk of comprehension.

Unless the term is universally recognised by your audience, best practice is to always spell out an acronym the first time in appears in a piece of text (followed by the acronym in parentheses). Thereafter it can be used by itself.

If you’re not sure whether the acronym in question needs to be spelled out, check your stylebook of choice or your ‘house’ style guide (if there is one) for guidance. There are also style guide apps, if that’s more your thing.

When producing a long document such as a report, it’s a good idea to list all acronyms in the Glossary for easy reference. If writing web content, another option is to hyperlink acronyms to their definition on a respected dictionary site.

If using an acronym in the possessive form, it should generally take an apostrophe. For example:

The air show was officially opened by the RAF’s chief commanding officer.

The BBQ’s success largely depends on the weather.

But the question of whether or not to use an apostrophe when pluralising acronyms is not so clear cut. Based on what I see on a daily basis – in print, out on the street or on the web – it seems to confuse a lot of people.

So much so that to do the subject justice warrants its own blog post.

To be continued in part 2…

2 comments on “An ABC guide to everyday acronyms”