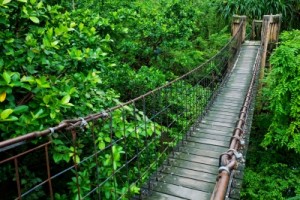 Whilst proofreading several websites and documents recently, one of the common mistakes I came across involved conjunctions.

Seeing as I haven’t written a grammar-related blog post for a while, I thought it would make a good topic for this week’s article.

What is a conjunction?

The word conjunction derives from the Latin verb coniungere, meaning “to join together”. As their name suggests, conjunctions (also known as connectives) are used to link words, phrases, clauses or sentences together – creating a transition between different thoughts, whether related or unrelated.

Coordinating conjunctions join elements of a sentence that are of equal importance. An easy way to remember them is with the mnemonic device FANBOYS: for, and, nor, but, or, yet, so.

Never start a sentence with a conjunction

You’ll most likely recognise this as one of the grammar ‘rules’ learned at school. But (see what I did there?) it is, in fact, a myth – albeit one that’s widely recognised and often still taught to English students.

According to Oxford Dictionaries, this grammatical ‘superstition’ arises from the thought that because words such as and or but are used to connect separate clauses, they suggest the presence of an incomplete thought – or ‘fragment’ – when used to introduce a sentence.

Whether it’s for use in literature, journalism, advertising or speeches, most highly respected grammar and usage guides agree that it’s perfectly acceptable to use conjunctions to begin sentences.

This stylistic preference is used to interrupt the rhythm – adding a pause for dramatic or forceful effect. It’s best not to be too liberal with the technique though; otherwise the effect will be diluted.

However, in more formal writing or where you want the sentence to flow, it’s generally best to combine the two phrases together.

Which leads me nicely to the next point…

How to punctuate conjunctions

The general rule of thumb is that if a conjunction joins two words, it doesn’t need punctuation. For example,

The weather was cold but sunny.

She likes sweets and chocolate.

When a conjunction joins two independent clauses (i.e. standalone ‘sentences’), it’s usual to put a comma before it. For example,

I remember what it’s like to learn to drive, so I try to be patient when I’m following a learner.

I stayed up late last night, because I only had three chapters of my book left to read.

However, if the two independent clauses are very short, it’s optional – for stylistic purposes – to omit the comma. Both versions below are therefore correct.

All of this is explained very succinctly on Grammar Monster, along with guidance on using a comma before a conjunction in a list – which largely depends on where you stand regarding the Oxford Comma.

And that’s one to be saved for another day, another blog post…