Following the historic EU referendum result, I keep hearing – and reading – that “the UK is leaving Europe”. Or that “Britain is leaving the EU”.

Both of these statements are, in fact, incorrect. And difficult for a pedant like me to ignore.

You see, it’s all a question of terminology…

Great Britain: England, Wales, Scotland, plus thousands of smaller islands (but not the Isle of Man or Channel Islands)

British Islands: United Kingdom, plus Isle of Man and Channel Islands (all of which have the British monarch as head of state)

British Isles: as above, plus the republic of Ireland

Those who prefer a visual overview can find numerous Venn and Euler diagrams online. My favourite is this one (in which green depicts a geographical feature and blue a legal distinction). 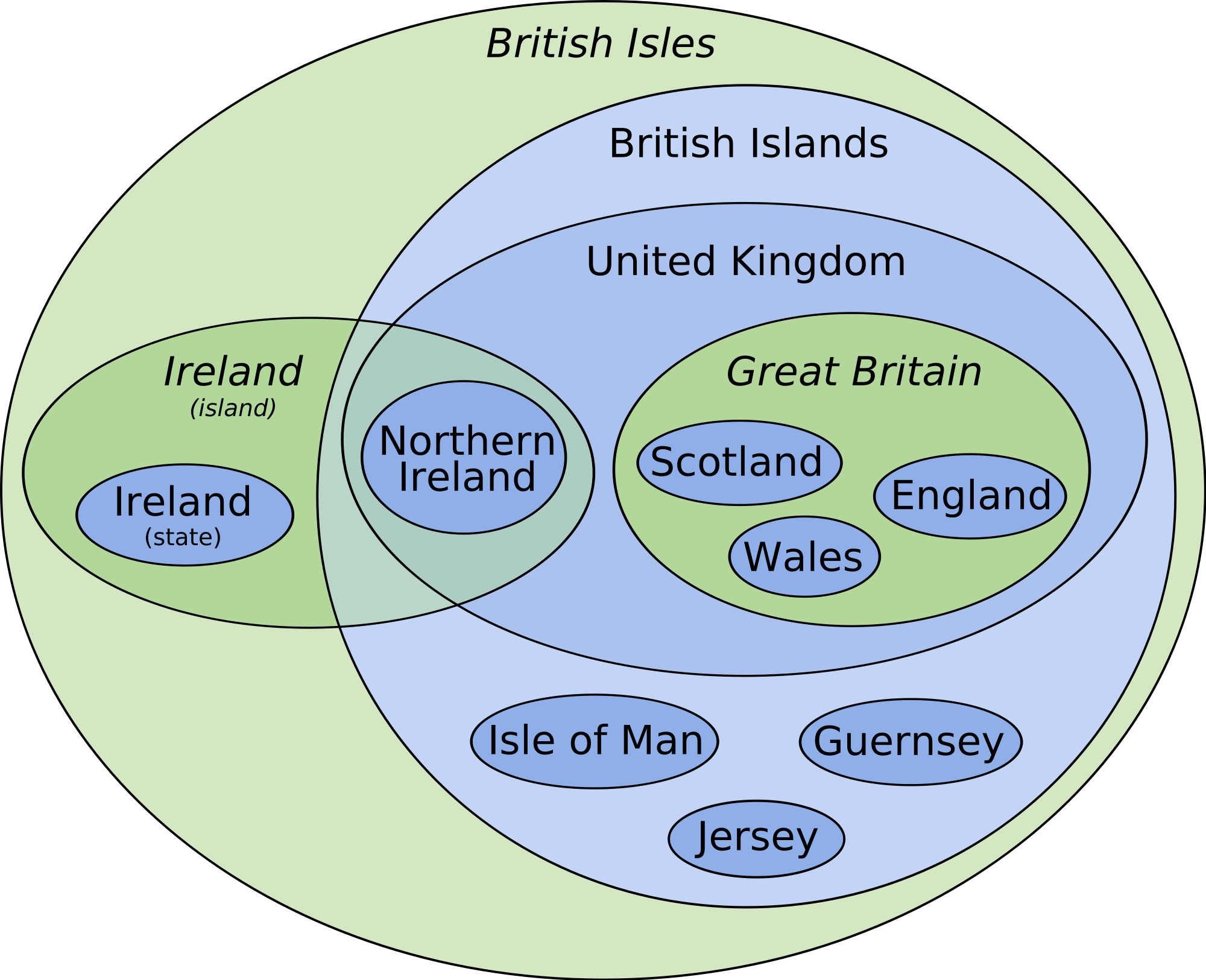 Citizens of the UK are “British”; a British person is called a “Briton”. Yet “Britain” is NOT a technically correct term for any geographical or political entity, despite frequently being used to mean either “the UK” or “Great Britain”.

Although England, Wales, Scotland, Northern Ireland and the republic of Ireland often field their own teams in international sports such as football, rugby and cricket, athletes from the UK compete in the Olympic Games as “Team GB”.

What’s important to note – and the reason for this blog post in the first place – is that it’s the UK, not the other entities, that is a member of international bodies such as the United Nations, NATO and (currently) the EU.

Next up is the distinction between Europe and the European Union (EU). I would have thought this one was pretty obvious, but seemingly it’s not judging by the way the two terms have been interchanged so much recently.

Europe: 50 countries, of which Russia is the largest and Vatican City the smallest

The most significant fact is that Europe is a continent – defined by geographical borders – whereas the EU is a politico-economic union created to facilitate European integration.

It’s therefore physically impossible for the UK to ‘leave Europe’, unless we somehow cast ourselves adrift and float across the Atlantic.

2 comments on “Time for a quick ‘British’ geography lesson”