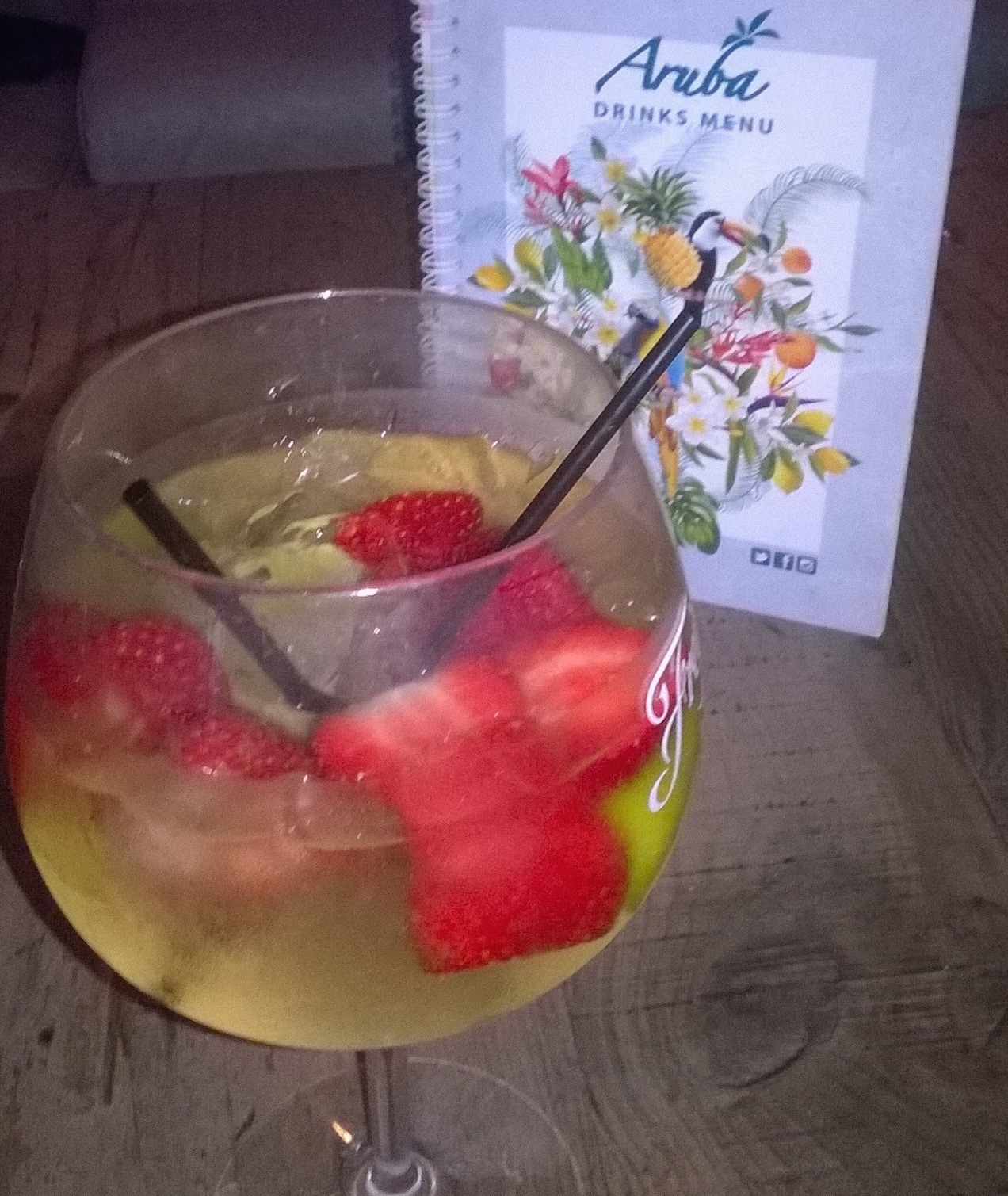 This time last week I joined some 200 of my peers at Copy Cabana 2017 – the 2nd copywriters’ conference to be held in (not quite so sunny) Bournemouth.

The event’s tagline is “Prepare to celebrate the life linguistic”.

It certainly delivered on its promise.

We were treated to a packed day of inspiring, enlightening and entertaining talks from an eclectic yet brilliant set of speakers.

Top marks for curation, as I thought the line-up surpassed last year’s. And that set the bar pretty high.

This year the talks were all so good in fact that, instead of highlighting my five favourite talks, I don’t think I could choose between them.

I genuinely enjoyed all 11 of them – but for different reasons.

So, I thought I’d give each of them an award. Here goes…

Most Splendiferous Talk: Writing about writing

I reckon everyone in the audience experienced some serious job envy listening to Sarah Topping describe her magical time writing book jackets and more as the voice of Puffin (including for the entire Roald Dahl collection), Pottermore and other leading names in the publishing and entertainments industry. She reminded us that the devil is in the detail and not to take the easy option of starting with “when”.

Glenn Sturgess and Peter Stephen from OgilvyOne Business entertained us all with a comedy double-act that belied the seriousness of the subject matter. As Artificial Intelligence (or, as they suggested, Augmented Imagination) slowly takes over the world, we need to embrace it rather than ignore it. But we human copywriters have three traits that will stand us in good stead versus our autonomous competition: curiosity, courage and generosity. So our jobs are safe… for now!

Punniest Talk: The inside scoop

Kerry Thorpe gave us a fascinating behind-the-scenes peek at what it’s like leading communications for Ben & Jerry’s, where creativity is positively encouraged from the moment employees enter “The Barn”. In addition to all the fun wordplay and licence to let rip, I loved the fact that the brand’s tone of voice permeates everything they do. They even have a physical Flavour Graveyard where their “dearly desserted” flavours go to RIP.

Anyone involved in any form of content marketing – most of us in the audience I’d imagine – will have related to the presentation by Valuable Content’s Sharon Tanton and Sonja Jefferson. They led us through the perilous writer’s journey from the Vale of Good Intentions to Bountiful Bay, highlighting several common hiccups along the way. Only then did they reveal the two routes to success: Grafters’ Gorge and Wisdom Way. As the names suggest, the preferred route is the latter. 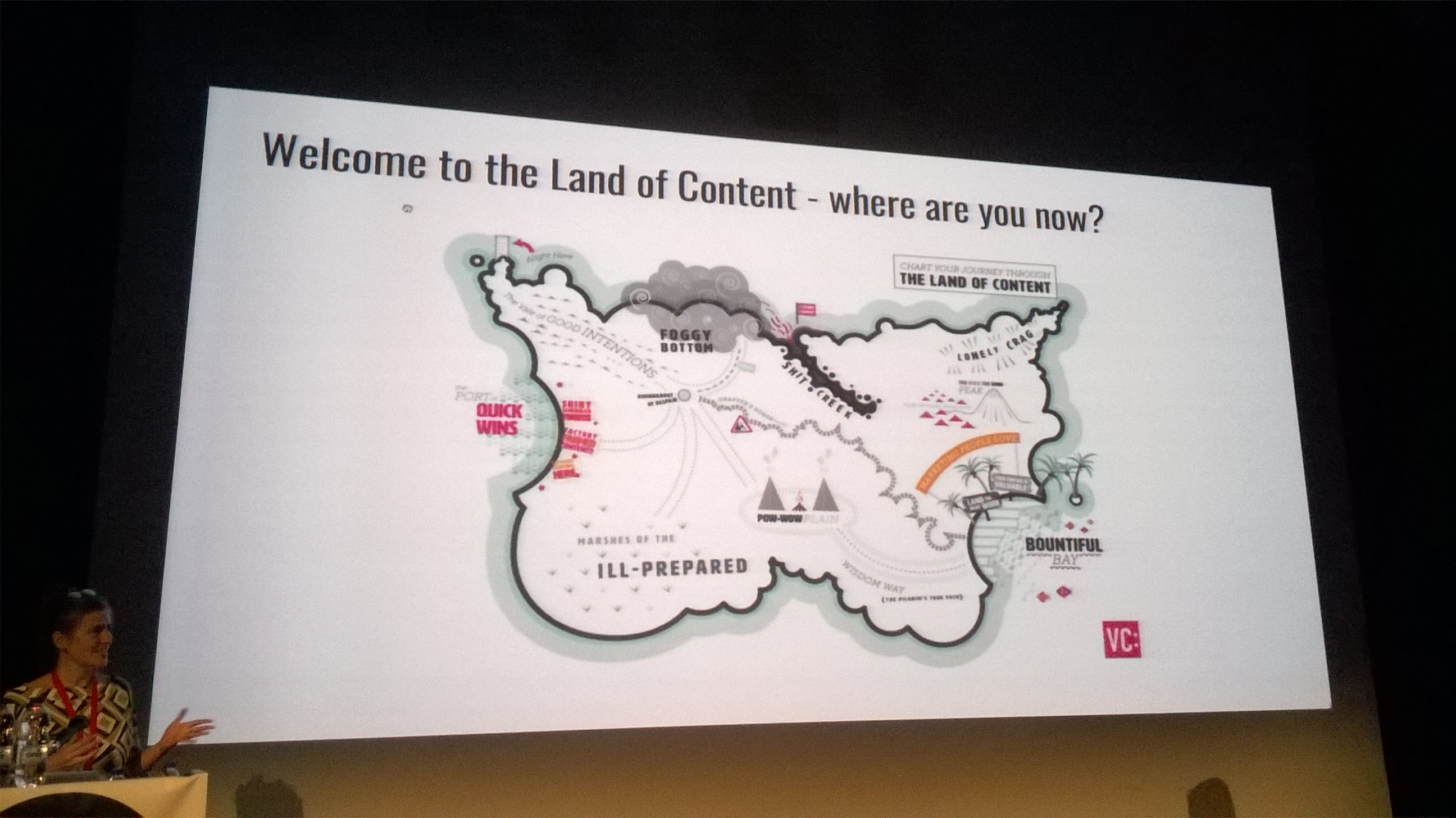 Most Inspiring Talk: From windows to words

Having recently made the transition from window cleaner to copywriter, Ben McKinney was a late addition to the Copy Cabana 2017 line-up and (I’m guessing) an inexperienced public speaker. But you’d never have known. His talk was eloquent, authentic and refreshing. Nice ‘n short too! As well as making us think about our ‘why’, he reminded us that good copywriters care about what we write (unlike the windows he used to clean!).

Most Poetic Talk: The rhythm of writing

Rishi Dastidar splits his week into working as a copywriter/brand strategist at an agency (with the impressive title of Head of Verbal Identity) and as a published poet. On paper, the two roles might seem quite different, but he firmly believes that being a poet makes him a better copywriter. And vice versa. His tips for both genres included: learn the rules before you can break them; beware of overdrafting; know when to stop tinkering; and use unusual verbs.

Most Surprising Talk: Drunk on copywriting

As someone who’s rather partial to wine, I’d been looking forward to Joe Fattorini’s talk. However, I didn’t expect it to be so funny. In addition to providing the quote of the day (which I won’t repeat here lest it offends) Joe told us that most wine is drunk at home in front of the TV, most wine descriptions are OTT as our brains can only detect three tastes, and our coffee preference matches our wine preference, e.g. espresso drinkers tend to veer towards heavy reds. As a bonus, he gave me a personal wine tip next day. Cheers!

Most Moving Talk: How emotion works in fundraising

Just as well that Karen Allonby from World Vision UK was on next to sober us all up. As part of the Sponsorship Experience team, her role is to use direct marketing communications to thank, inspire and engage with long-term supporters of the charity. Through real-life case studies, she demonstrated how emotive stories work best when they’re authentic. And how we should write as if we’re talking from one person to another. I doubt if there was a dry eye in the house by the end.

Most Energetic Talk: Tone of voice is all bullshit, isn’t it? 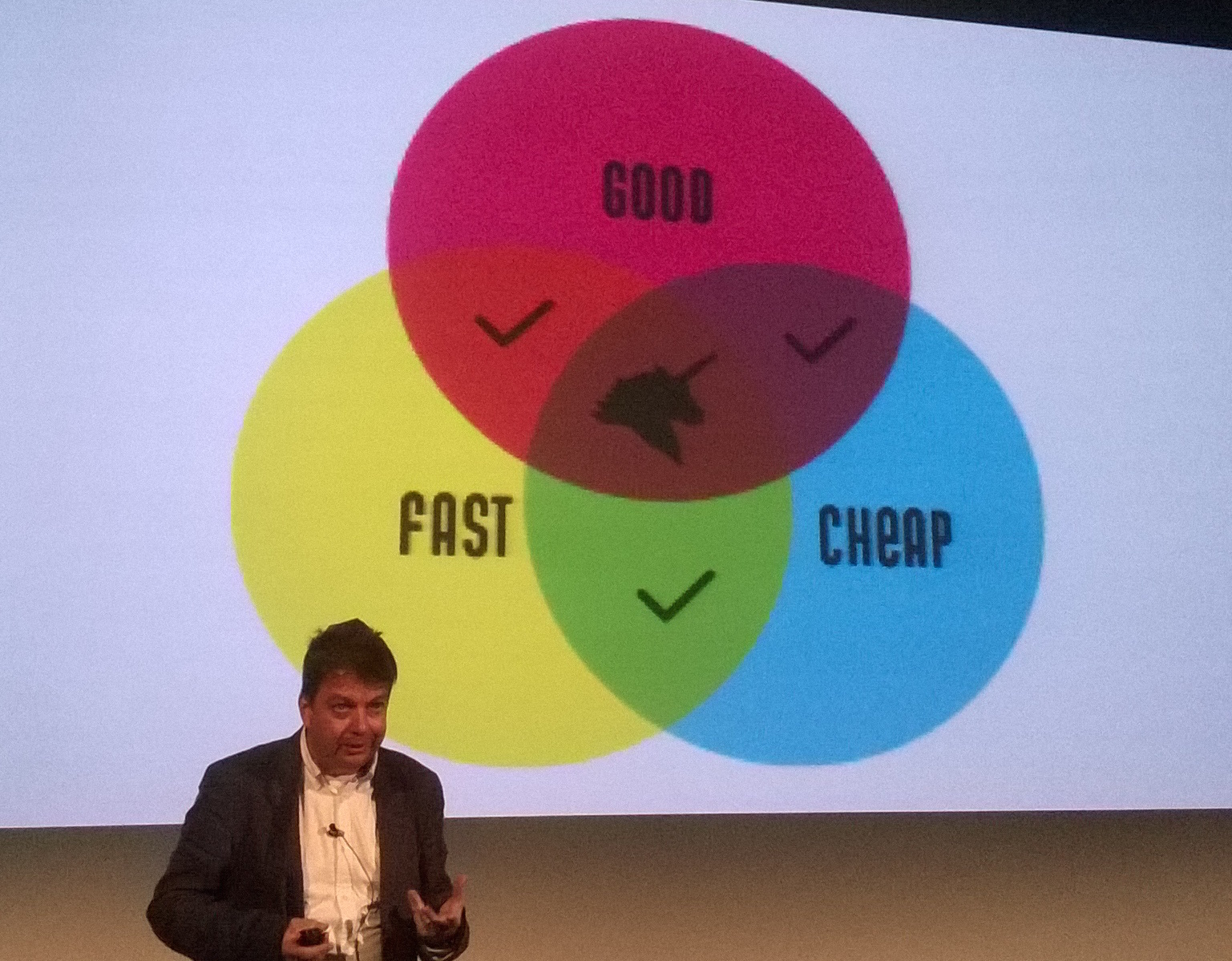 After being given just 36 hours’ notice to present, Nick Parker bounced around the stage like a Duracell Bunny. Using funny examples of good and bad copy, he emphasised the importance of a good brief and revealed that there are in fact only ten different tones of voice. He also reminded us of the land where the mythical unicorn lives…

There was no denying Elle Graham-Dixon’s passion for her subject, as she championed the need to uncouple stereotypes from insights in order to encourage diversity. Our brains are fundamentally lazy. Consequently, we tend to jump to conclusions – often the wrong ones – when we respond to wording. This she ably demonstrated by sharing a well-known riddle in which the surgeon is revealed to be a woman, not a man as most people assume (partly because of stereotypes, partly because of the masculine words used throughout).

Most Artful Talk: How to write something that’s interesting

The honour of closing the show fell to Steve Harrison – one of the top 50 copywriters of the past 50 years. With so much content competition out there, he advised us to cut through the noise by arousing curiosity, making it newsworthy and appealing to the reader’s self-interest. He also urged us to avoid using “the art of” in our taglines. Unbeknownst to most of us, it’s been done to death, as he then proved by showing us one ad after another after another…

Same time, same place next year? I look forward to seeing some of you there!