Irrefutable evidence that English is a funny language 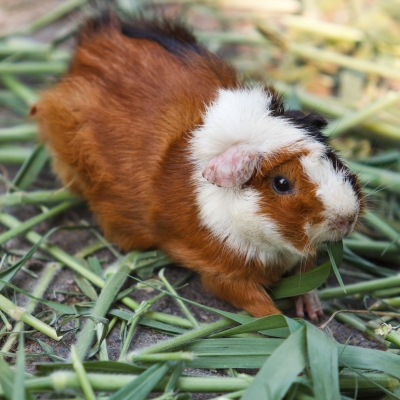 Cute, but not from Guinea or a pig

As any non-native speakers learning English as a second language soon discover, English is a funny language!

Not only has its vocabulary derived from several European language families, but there are also numerous paradoxes and inconsistencies that are a real test of anyone’s linguistic ability.

So, without further ado, here are a number of everyday words and phrases that perfectly demonstrate just some of the ways in which English is a funny language.

Americans park their cars on driveways and drive on parkways.

Hot dogs can be served cold.

People recite at a play, and play at a recital.

The sun comes up and goes down, but prices go up and come down.

A guinea pig is neither from Guinea nor is it a pig.

There is neither apple nor pine in pineapple.

There is no egg in eggplant (aubergine) or ham in hamburger.

“If the English language made any sense, lackadaisical would have something to do with a shortage of flowers.”

An alarm clock goes off by going on.

A slim chance and a fat chance are the same.

A strawberry isn’t a berry, yet a banana is.

A wise man and a wise guy have opposite meanings.

Vegetarians eat vegetables, so what do humanitarians eat?

We say teachers taught, but not preachers praught.

We can make amends but never just one amend.

We wind up a watch to start it, but wind up a conversation to finish it.

You fill in a form by filling it out.

This collection, gleaned from various online sources including this essay, is by no means exhaustive but intended purely as a starting point.

Do you have any other examples proving that English is a funny language? If so, do please share them in the comments.

(image courtesy of tiverylucky via Freedigitalphotos.net)

2 comments on “Irrefutable evidence that English is a funny language”