Enjoy the right to be left-handed 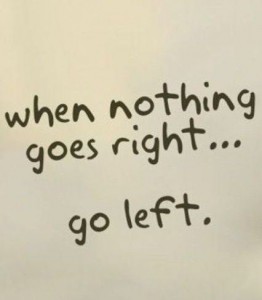 Today is International Left-Handers Day, which was first celebrated in 1992 to promote awareness of left-handedness.

From scissors and cooking utensils to musical instruments and computer mice, left-handed people are disadvantaged as they constantly adapt to a right-handed world. And neat handwriting can be a real challenge as they inadvertently drag the pen over the fresh ink…

A few facts about left-handedness

Many older right-handed people today were originally left-handed but changed their writing hand when they were younger. This largely stems from the long-held belief that there was something wrong with being left-handed.

Up until the Post War period, left-handed children were forced to use their right hand at school, often having their left hand tied behind their back or their knuckles rapped if they picked up a pen in their left hand. The subsequent feeling of inadequacy and insecurity often resulted in bed-wetting and speech impediments.

From my own school days in the early 1970s I can remember left-handed classmates being ‘encouraged’ to hold their pencil with their right hand – despite the fact that it felt unnatural and caused a major setback to their handwriting development.

But, fortunately, common sense eventually prevailed and in most societies these days children are allowed to write with whichever hand feels ‘right’.

Historically, the left side – and by association left-handedness – was considered negative. The word left derives from the Anglo-Saxon word lyft, meaning weak. The Latin adjective sinister/sinistra/sinistrum originally meant left but acquired meanings of evil or unlucky, which has given us the word sinister.

There are also a lot of sayings where right is ‘good’ and left is ‘bad’, such as “being in your right mind” and “it will be all right in the end” as opposed to being “left out” or having “two left feet”.

The same negative connotation for left-handedness is evident in other languages. For example, linkish (German) means awkward, mancino (Italian) means crooked and gauche (French) describes someone who is clumsy and ill mannered.

However, don’t despair if you’re left-handed as you’re in good company. There are lots of famous lefties, including a disproportionate number of gifted artists, scientists, musicians and sportsmen. Here are just a few examples:

Are you left-handed? If so, what’s been your biggest obstacle? How did you overcome it?

And no, in case you were wondering, I’m not a lefty but I find the subject fascinating!

(Main image via / Billy image via)

4 comments on “Enjoy the right to be left-handed”