From flowerbeds to Hollywood: euonyms explored

Most people are familiar with acronyms, homonyms, pseudonyms and synonyms. But there are several other words with the suffix –onym that I’ve only recently discovered.

As a linguist and bit of a word nerd, my natural instinct is to investigate further whenever I come across an unfamiliar word or a new grammatical term.

My plan is to share these findings with you, starting today with a look at the meaning, etymology and usage associated with euonyms. 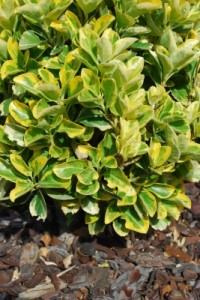 A euonym, from the Greek eu meaning ‘good’ and onym ‘name’, literally means a good name. It’s more commonly defined as a name well suited to the person, place or thing named.

This is not to be confused, however, with the euonymus – a decorative evergreen shrub that you may well have in your garden.

Yet there is a connection – linguistically speaking at least. The plant’s name derives from Ancient Greek euonumos ‘having an auspicious or honoured name’, from eus ‘good’ + onoma ‘name’.

A rose by any other name

In keeping with the gardening theme, one of the most famous Shakespeare quotes comes from ‘Romeo and Juliet’, in which Juliet tries to downplay the importance of Romeo’s family name of Montague:

“What’s in a name? That which we call a rose by any other name would smell as sweet”.

Often used as a reference to imply that the names of things don’t affect what they really are, the sentiment behind this declaration is certainly admirable.

But in reality it’s difficult to imagine this delicate flower conjuring up the same image if it had a harsher name like ‘dogweed’, ‘dandelion’ or ‘thistle’.

Unlike plants, animals and inanimate objects that are stuck with their given name, people have a lot more say in the matter.

Only a small portion of the general public end up altering their birth name by deed poll. But quite a few celebrities change theirs to one they believe is more ‘appropriate’ – in other words, to a euonym. 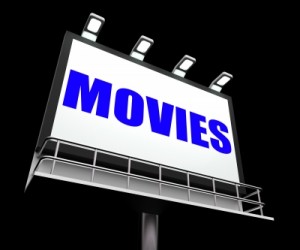 This practice is particularly prevalent in the entertainment industry.

Over the years, numerous singers, actors and musicians have reinvented themselves in the belief that their self-appointed stage name will help their career.

After all, can you picture the poster for ‘Mission Impossible’ starring Thomas Cruise Mapother IV? Or spaghetti westerns featuring Marion Robert Morrison (aka John Wayne)? Me neither.

In case you were wondering, the antonym (another –onym word) for euonyms is caconyms – an incorrect name for something.

I’m sure, like me, you can think of a few people who are nothing like their name!

(images courtesy of artur84 and Stuart Miles via Freedigitalphotos.net)