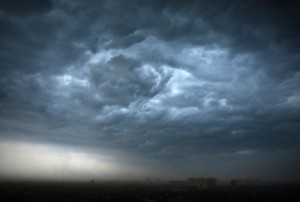 Recent weeks have seen some pretty extreme weather conditions in certain parts of the world. While many Australians swelter in excessive heat, parts of the U.S. have – quite literally – been buried under several feet of snow.

So it’s not surprising that a whole batch of words and phrases have popped up on social media and news channels to describe these exceptional conditions.

Some of these extreme weather terms are ‘real’. Others have become widely used, but are more likely to be found in the Urban Dictionary than the Oxford Dictionary.

I’m no meteorologist but, as far as I can tell, the following words are accepted weather terminology:

Gustnado (short for gust-front tornadoes) = a small, weak and short-lived whirlwind that can form in a severe thunderstorm 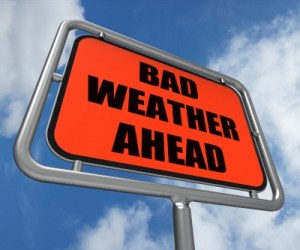 Snownado = a waterspout that forms between the surface of a lake and a snow squall; a tornado that forms over a snow-covered area (less-fun alternatives are winter waterspout, icespout and snowspout; almost-as-fun aliases are snow devil and ice devil)

Thundersnow (also known as a winter thunderstorm or thunder snowstorm) = once rare but now quite popular, this describes an unusual kind of thunderstorm where snow or hail falls instead of rain

Snowmageddon, snowpocalypse and snowzilla are portmanteaus, blending the word “snow” with “Armageddon”, “Apocalypse” and “Godzilla” respectively.

Other made-up words used for humorous effect, especially on social media, include:

Do you know any other extreme weather terms – real or made-up – to add to this collection? Or do you fancy coining a new one? If so, please share in the comments.

(images courtesy of George Stojkovic and Stuart Miles via Freedigitalphotos.net)

2 comments on “Extreme weather gives rise to some interesting terminology”