After much deliberation and soul-searching (well, procrastination followed by a much-needed nudge) I finally joined Twitter back in January 2015.

Here’s what I’ve discovered during my first 6 months…

It’s all in the open

The most important thing to remember is that NOTHING on Twitter is private, except DMs. It’s worth bearing this in mind if you follow lots of the same accounts as your followers, as their timeline will show whenever you leave a comment or join a conversation.

Also, you don’t necessarily have to use @ or a hashtag for a tweet to be picked up by interested parties, as I’ve discovered somewhat to my surprise (mostly good) on more than one occasion. Just don’t talk to me about inflatable zimmer frames…

One thing that’s surprised me is the disparity of corporate customer service levels on Twitter. I haven’t experienced anything along the lines of this, but I have had several indirect tweets picked up by certain brands/organisations within minutes.

At the opposite end of the spectrum, some companies that I’ve addressed with a direct mention have either taken up to 24 hours to respond or not replied at all. This makes me question why they bother having a Twitter account in the first place?

Nope, I’m not talking about bad language, although there’s plenty of that on Twitter if you look in the right (or wrong) places; instead, I’m referring to followers and Favorites.

Compared to when I first signed up, as reported in my Twitter newbie blog post, the number of totally random followers choosing to follow little old me has dropped significantly. But most days I still get a few new followers who, from all appearances, have only followed me to get a follow back. Some of these have hundreds, or even thousands, of followers yet no profile or a very sketchy one full of hashtags and cringeworthy words like “hacks”. Often, they’ve only tweeted a handful of times. Not really the kind of accounts I want to follow.

As for Favorites, most people seem to use them to show they like a tweet or that they’ve seen a comment. From the outset I decided to use mine as a sort of bookmark for future reading/reference. The downside of this policy is that I spend more time writing comments – even if it’s just a simple smilie face – as otherwise there’s no easy way to say “Nice one”, “My pleasure” or “Over & out”.

But that’s fine as it is meant to be ‘social’ media after all, which leads nicely to my next point…

It amazes me how many accounts rely solely on scheduled posts, without ever tweeting in real time or engaging in a conversation. You can spot these a mile off as every tweet follows the same ‘classic’ format: headline, shortened link and hashtag(s). There’s no sign of any @ mentions or replies, often even no retweets – just one-way traffic, usually to their blog or website.

Now don’t get me wrong: I’m as big a fan of Buffer (other scheduling tools are available) as the next person. But I make a point of mixing up scheduled tweets with spur of the moment ramblings, questions, retweets and comments. Variety is the spice of life, after all. 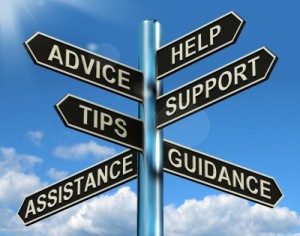 Last but certainly not least, one of the most positive things to come out of my first 6 months on Twitter is the vibrant online community for copywriters and others involved in the business of words. I’m guessing that it’s similar in most fields, but I’ve been really impressed by the camaraderie amongst my fellow wordsmiths based across the UK and further afield.

The two main ‘glues’ that stick us all together are #copywritersunite (created by @VikkiRossWrites) and The Professional Copywriters’ Network (@procopywriters). For some reason, this latter website had previously flown under my radar despite freelancing for 18 years, but it’s a great resource and promotional platform that also welcomes guest blogs.

Networking with others in my line of work was one of my main objectives for joining Twitter in the first place. Facebook had been fine for that to a point – in particular connecting me to a great bunch Down Under, but not so much in the UK. So I’ve really enjoyed chatting with and getting to know other copywriters on Twitter; I’ve even met one or two in the flesh and hope to meet some others over the coming months.

Overall, my first 6 months on Twitter have been an enlightening, educational and – frequently – entertaining experience that I reckon is worth the time it demands.

If you’re on Twitter, how’s your experience been? Are you an addict or yet to be convinced? Any interesting stories to share? Please do tell.

(images courtesy of digitalart and Stuart Miles via Freedigitalphotos.net)