From a Twitter newbie: here’s what I’ve learnt so far 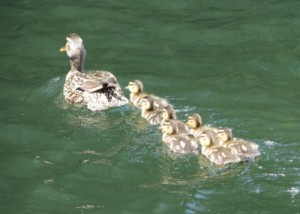 Hello, my name is Geraldine and I’m a Twitter newbie…

After much deliberation and shilly-shallying, I finally signed up to Twitter about two weeks ago. Unfortunately I couldn’t get @EveryWordCounts for my user name as it had already gone, so my Twitter handle is @EWC_wordsmith.

Joining Twitter was a sort of New Year’s resolution as I’m already fairly active on Facebook and Pinterest – less so on LinkedIn – and fancied the challenge of getting to grips with a new social media platform.

My main objectives are to:

Here’s what I’ve learnt so far from my first couple of weeks as a Twitter newbie.

The art of following

I soon realised, however, that this is not necessarily the case. Not everyone whom I’ve followed (even though I know them in real-life or we’ve built up a strong virtual connection via Facebook) has followed me back. This is fine as it’s their personal choice.

In contrast, within the first 24-48 hours I was followed by a whole bunch of strangers – most of whom I suspect found me from the default #MyFirstTweet hashtag that I (unwittingly) used as is suggested to every Twitter newbie like me. This number of new followers has now dropped down to a handful a day, but they’re still pretty random, like City of New York. My bio clearly states that I’m based in the UK and mentions nothing about loving to travel.

A lot of people on Twitter clearly want to amass as many followers as possible, so they adopt a strategy of following thousands of accounts on the basis that a certain percentage will return the favour. Again, that’s their prerogative but it’s not a game I want to play. I’ve no doubt that many of these early followers will soon unfollow me once they realise this. Some already have!

I’ve decided to only follow (or follow back) people who match my objectives and/or personal interests, so that my timeline will consist of tweets that I’ll hopefully find useful, informative or entertaining – but, most importantly, that are relevant to me.

To do this, I spend a few minutes checking out each profile (a blank bio immediately signals a NoNo) and have a peep at a selection of their recent tweets – both in terms of the content as well as the frequency. One person I looked at hadn’t posted a single tweet yet, but already had several hundred followers!?

Most people seem to use the Favorite (American spelling) function quite liberally in a similar way to the Like button on Facebook, i.e. to show they like a particular tweet or retweet. Some use it to indicate that they’ve seen a comment, rather than replying back. Others use it to ‘bookmark’ a particular tweet they want to keep, which is what I’ve decided to do.

Everything is in the public eye

‘Replying’ to a tweet is similar to commenting on Facebook. These are NOT private messages – unlike DMs – so I’ve quickly learnt that whatever I write can be seen by absolutely anybody if they scroll down to view the conversation or click on Tweets & Replies on my profile page. Likewise, I’ve also discovered that if one of my replies is retweeted, it might be read – out of context – by all of that person’s followers.

In terms of my personal objectives, I reckon my initial foray on Twitter has gone quite well. I’ve ‘engaged’ with some local businesses, fellow writers and social media experts (both existing and new contacts); traffic to my blog has increased for the few posts that I’ve tweeted links to thus far; I’ve already learnt a bit more about how Twitter works, which will be of benefit to future clients; and I’ve had to be more succinct in my writing – although I know I’m going to find it a struggle not to always have room for correct punctuation or full spelling!

If you’re on Twitter, please share your experience (good or bad) in the comments and pass on any top tips. As a Twitter newbie, I know that I’ve still got a lot to learn…

(image courtesy of EA via FreeDigitalPhotos.net)

6 comments on “From a Twitter newbie: here’s what I’ve learnt so far”