↓ Skip to Main Content
Home › Blogging › Ghostwriting vs. copywriting: one and the same?

Ghostwriting vs. copywriting: one and the same? 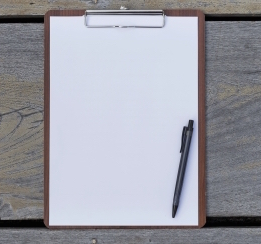 One of the questions I’m often asked when I tell people at networking events that I’m a copywriter is whether I ghostwrite blog posts or articles for clients.

The answer I give is ‘yes’ – because I do offer a blogging service – but I’ve always regarded it as sitting within the broader umbrella of copywriting. Not ghostwriting per se.

Needless to say, this invariably leads to a discussion as to the difference. So I thought it would make a good topic for a blog post.

Let’s kick off with a couple of definitions.

A ghostwriter is defined as someone who “is hired to write literary or journalistic works, speeches or other texts that are officially credited to another person as the author.”

Copywriting, on the other hand, is described as “the act of writing text for the purpose of advertising or other forms of marketing”.

Neither of these definitions is exactly definitive; inclusion of the word other is somewhat open to ambiguity.

Reasons for hiring a ghostwriter

Contrary to popular belief, it isn’t only politicians, celebrities or other public figures that turn to ghostwriters. In fact, any individual who lacks the necessary time, inclination, discipline or writing ability may choose to bring in a ghostwriter.

After all, just because someone is a subject expert with a great idea for a book or article, they may still need some professional help with the research, drafting, writing or editing in order to share their thoughts with the world.

Ghostwriting (also known as “ghosting”) is far more prolific than most people realise. It comes in many guises, including:

If I were to draw a Venn diagram to compare ghostwriting with copywriting, the main area of overlap as I see it would be blogging. This is something that’s often outsourced by companies and organisations to a content writing agency or freelance copywriter.

Unlike personal blogs, marketing-focused corporate blog posts aren’t usually attributed to a particular author. The exception is large organisations that often have a multi-author blog (MAB). In this case it’s quite common to see an individual’s name credited to a post. But that doesn’t necessarily mean they actually wrote it…

Credit where credit’s due

The obvious downside of being a ghostwriter is not getting any credit for all your hard work. Though this can sometimes be a blessing in disguise if you don’t want to be publicly associated with the person, product or service in question!

On the plus side, you get paid reasonably handsomely for your skills, which is why many freelance writers use ghostwriting as a means of supporting their own writing career.

If credit is given for the writer/artist, e.g. if a journalist gets their own ‘byline’, it’s not considered to be ghostwriting because their contribution has been acknowledged in the public domain.

Unfortunately, due to the element of subterfuge, some people consider ghostwriting to be an unethical practice.

Readers (or listeners in the case of speeches) don’t actually know whether the words represent the ideas and opinions of the credited ‘author’ or the ghostwriter. This shouldn’t be an issue provided that the person commissioning the work has given a detailed brief and checks the draft text thoroughly before putting their name to it.

In reality, however, this isn’t always the case. But surely the onus lies with the author, not the writer, to ensure that the opinions expressed match their own. Otherwise they risk exposing themselves to an embarrassing situation…

By virtue of the fact that we copywriters rarely get to put our name to our words, it could be argued that most of us are – technically – ghostwriters. Especially if we write blog posts that are attributed to our client by name, rather than for a ‘nameless’ corporate entity.

There’s certainly a fine line, but for now I shall continue to call myself a copywriter who offers a ghostwriting service.

What do you think? Is there a clear distinction between ghostwriting and copywriting? Or are they effectively one and the same? I’d love to hear your thoughts below.

Image courtesy of Sirirakphotos via freedigitalphotos.net

4 comments on “Ghostwriting vs. copywriting: one and the same?”