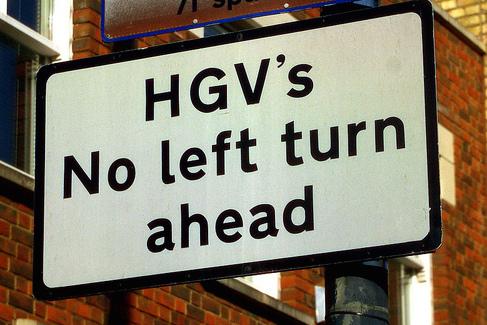 If you’re a grammar pedant like me, signs like this – or ones advertising CD’s For Sale – will most likely make your toes curl and set your teeth on edge.

Yet the majority of people have become so used to seeing plural acronyms written like this that they assume it’s ‘correct’ English.

How to make acronyms plural

Following on from my previous post on the different types of acronyms, along with their correct usage and punctuation, this post takes it one step further.

The thorny question of using (or not using) an apostrophe when pluralising acronyms is one that clearly divides opinion – not only amongst my fellow wordsmiths but also amongst the public at large.

Let’s look at a few popular plural acronyms, along with the arguments put forward for and against adding apostrophes.

One that causes a lot of confusion is the plural of FAQ (Frequently Asked Question). Both FAQs and FAQ’s are regularly used, as any random survey of websites will show. I even saw faqs recently.

Writer and editor Stan Carey tells us that although guidance on this issue is not unanimous, such apostrophes are largely unnecessary and potentially confusing.

Most modern advice recommends including an apostrophe ONLY if there is a danger of misunderstanding or ambiguity.

So the ‘correct’ version is FAQs.*

Applying this guidance to a selection of popular acronyms therefore gives us the following plurals:

Plural acronyms without an apostrophe not only look neater but are also clearly NOT possessive nouns.

However, as Grammar Monster points out, you CAN use an apostrophe to show a plural if it assists your reader.

One example of this would be writing a title all in uppercase when it would be difficult to show a plural of an otherwise normal-looking acronym, e.g. CD’S ARE OBSOLETE. Without an apostrophe, CDS ARE OBSOLETE could be confusing.

So far, so good, as it’s all been fairly straightforward.

But what about the phrase “to mind one’s Ps and Qs”? With or without the apostrophe?

Carey states that the apostrophised form is accepted with pluralised single letters. In fact, it’s sometimes recommended to avoid confusion.

Options for writing this one include:

Getting to the small print

This is where the fun really starts!

The abbreviation for Terms and Conditions is a tricky one. This common phrase is technically a plural one, although it’s often written in the singular: T&C.

Different style guides proffer different advice on this one, making it largely a question of personal choice.

I would probably opt for the latter version, but the Guardian disagrees:

However, as with many aspects of grammar, the most important thing is to be consistent.

Are there any plural acronyms that make you stop and think twice before you write them? Or any common mistakes made by others that make you cringe? Do share below.

21 comments on “Plural acronyms: apostrophe or no apostrophe?”