↓ Skip to Main Content
Home › Reading › Literacy: why you shouldn’t take it for granted

Literacy: why you shouldn’t take it for granted 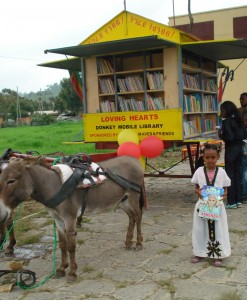 Like the majority of people, I take reading and writing for granted – whether that’s jotting down a shopping list, filling out a form, sending a text, browsing the newspaper or surfing online.

Yet 1 in 5 adults don’t enjoy the same privilege.

According to the United Nations Educational, Scientific and Cultural Organization (UNESCO), 776 million adults worldwide can’t write their own name or read a line from a book.

If we look at the etymology of the word literate it describes someone who is ‘educated or instructed’ from Latin litteratus ‘educated, learned’ (literally ‘one who knows the letters’ from litterae ‘letters’).

In its purest sense today, literacy is defined as the ability to read and write; the inability to do so is known as illiteracy (or analphabetism). It can also be used to express competence or knowledge in a particular field, such as maths or technology – but that’s a topic for a blog post in its own right.

The National Literacy Trust‘s definition of literacy takes it one step further: “We believe literacy is the ability to read, write, speak and listen well. A literate person is able to communicate effectively with others and to understand written information.”

Why is literacy so important?

“The power of literacy lies not only in the ability to read and write, but rather in an individual’s capacity to put those skills to work in shaping the course of his or her own life. [ ] Whether it is the words of a language, the symbols in a mathematical system, or images posted to the Internet—literacy can transform lives.”

Quite simply, literacy is fundamental to our development – opening up a window of opportunities as we pass through school and into work.

Not just a Third World problem

According to one of its mission statements, UNESCO is “at the forefront of global literacy efforts and is dedicated to keeping literacy high on national, regional and international agendas.”

As part of its bid to tackle the link between poverty and literacy, UNESCO proclaimed 8th September as International Literacy Day back in 1965 to highlight the importance of literacy to individuals, communities, societies and governments.

You may well think that literacy is only an issue in poorer countries where people don’t have a basic right to education. But you’d be wrong.

Around 16% of adults in England – that’s a staggering 5.2 million – can be described as “functionally illiterate”. This means they wouldn’t pass an English GCSE and they have literacy levels at or below those expected of an 11 year old.

Their basic reading and writing ability may be enough to ‘get by’ on, but their lack of fluency will often be holding them back on a personal and professional level. Many areas of employment won’t be open to them and they may also struggle with everyday tasks such as supporting their children with reading and homework.

So, on International Literacy Day, please spare a thought to those less fortunate than you, who don’t have the pleasure of reading – whether that’s books, magazines or blogs.