↓ Skip to Main Content
Home › Humour › Would you recognise a paraprosdokian if you saw one?

Would you recognise a paraprosdokian if you saw one? 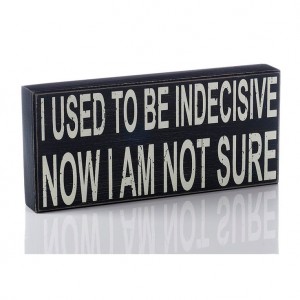 A paraprosdokian is a figure of speech in which the latter part of a sentence or phrase – or its follow-up – is surprising or unexpected in such a way that the first part has to be revisited in a new light.

They’re often used for humorous or dramatic effect, sometimes producing an anti-climax. So, not surprisingly, many comedians and satirists are big fans of the paraprosdokian.

According to Wikipedia, paraprosdokian comes from the Greek para meaning “against” and prosdokia meaning “expectation”. The word appeared in print as early as 1891 in a humorous article in Punch magazine.

Here are a few examples of paraprosdokian sentences:

“I’ve had a perfectly wonderful evening, but this wasn’t it.” (Groucho Marx)

I didn’t say it was your fault; I said I was blaming you.

If I agreed with you, we’d both be wrong.

Knowledge is knowing a tomato is a fruit; wisdom is not putting it in a fruit salad.

To steal ideas from one person is plagiarism. To steal from many is research.

How is it one careless match can start a forest fire, but it takes a whole box to start a campfire?

A clear conscience is usually the sign of a bad memory.

The voices in my head may not be real, but they have some good ideas!

Always borrow money from a pessimist. He won’t expect it back.

Hospitality: making your guests feel like they’re at home, even if you wish they were.

Nostalgia isn’t what it used to be.

Change is inevitable, except from a vending machine.

Which of these is your favourite? Or do you know any other paraprosdokian sentences that you’d like to add to this list?