Celebrating 18 years as a freelancer 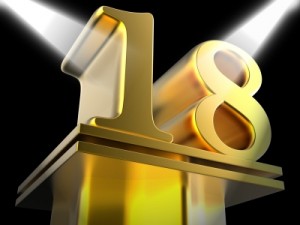 Out of the blue, the thought occurred to me the other day that it’s been 18 years – give or take a couple of weeks – since I set up my stall as a freelancer after working in-house for several years.

It’s really quite hard to believe that it’s been that long since I took the plunge to start my own business, first as a sole trader and now as a limited company.

Initially I offered translation services alongside copywriting, editing and proofreading, but I decided to drop the former after a couple of years in order to focus on the latter three offerings.

Do I have any regrets about making the leap to self-employment? Nope, none at all.

The highs and lows of being a freelancer

Don’t get me wrong as it’s not all been a bed of roses – the very nature of freelancing means that you’re on a permanent roller coaster ride with inevitable (yet unpredictable) peaks and troughs, twists and turns ­– but it’s certainly been a fun ride to date. I’d even go so far as to say it’s been exhilarating at times, whilst scary and frustrating at others!

But the fundamental benefits of life as a freelancer remain the same: freedom, independence and variety. And I don’t see any of those changing in the near future.

So, I would say here’s to the next 18 years, but I’m rather hoping I’ll have retired by then! Meanwhile I fancy some cake to celebrate and what could be more fitting for a wordsmith than one of these 7 delicious ways to eat your words?!

4 comments on “Celebrating 18 years as a freelancer”